About
A little bit about our story 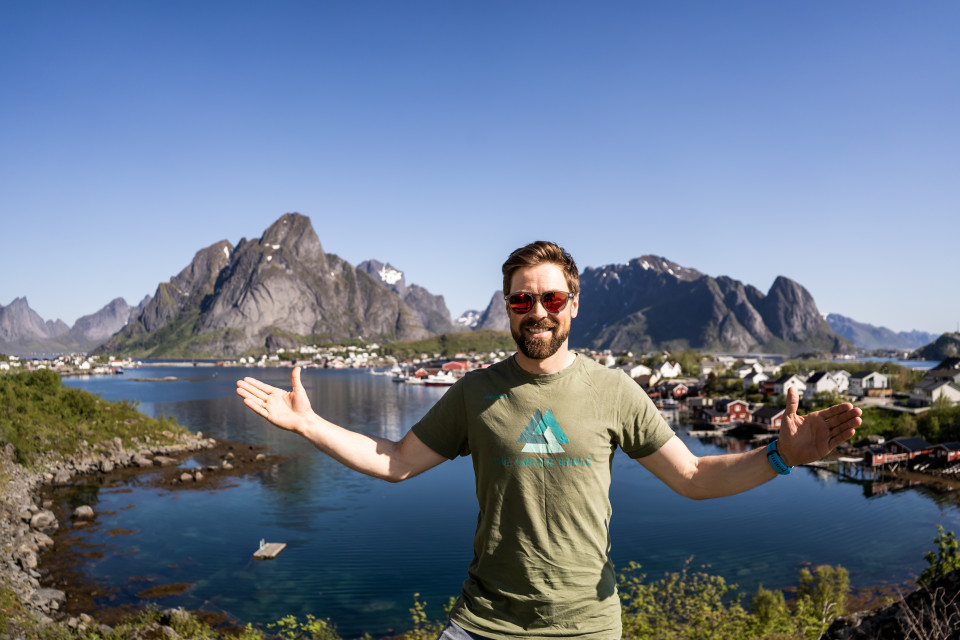 WE HAVE A DREAM…
The Arctic Triple is to be the complete and full experience of the Lofoten Islands. Not only as three spectacular races, but also as a door opener to the culture and people of Lofoten. Our vision is that The Arctic Triple is a 100 % made in- and by Lofoten. Everyone who takes part in the triple should feel like they have had an experience for a lifetime!

We want the athletes, their supporters, the crew, the sponsors and everyone taking part to feel like they are an important piece in the puzzle of this adventure – because they are! Without them there will be no magic.. and magic is what we aim for.

The Arctic Triple races are not first and foremost about seconds, but moments…

Welcome to a mind moving experience!

OUR HISTORY
The Arctic Triple is a spinoff from the successful event company XXLofoten. The owners had thought about establishing unique races in the Lofoten Islands for years until they in 2015 decided to kick it off. They hired a project manager from spring 2015, fully funded by the company, and began the journey to establish a regional adventure in Lofoten. It soon became clear that The Arctic Triple needed space to develop it’s true potential and from Jan 2016 it is part of AB Arctic AS. Ready to rock on!

In August 2015 the first test race was held for Lofoten Triathlon. The Arctic Triple organized an extreme distance triathlon in extreme weather conditions – with great success! 14 athletes finished a 3,5 km swim (shortened from 4 km due to strong winds and high waves), 196 km bike ride and 45 km run. The last 18 km of the run leg crosses two mountains and the weather conditions made the challenge “insane” according to athlete Magnus Minde. -But they all loved it and the entire route was decided to be the official Lofoten Triathlon route. From 2016 Lofoten Triathlon is on annually in week 33.

Lofoten Ultra-Trail was the next race to be developed and in October 2015 an exclusive team of runners tested the route. The whole idea about a test run came from Svein Vestøl, who was eager to come up and run the 100 miles +. Just for fun. We were of course happy to do a test, and a couple of runners got along to do the 50 miles distance with us. Great weekend! Amazing race.. Lofoten UltraTrail is annually in week 22.

Lofoten Skimo is the third and final race in The Arctic Triple. In March 2017 the first edition of the Lofoten Skimo was arranged. The race has two distances: 1000+ and 4000+ height meters. The extreme version is 36 km and goes across 8 mountains. The 1000+ crosses two mountains. Lofoten Skimo is on every year in week 11.

Are you ready for the challenge? 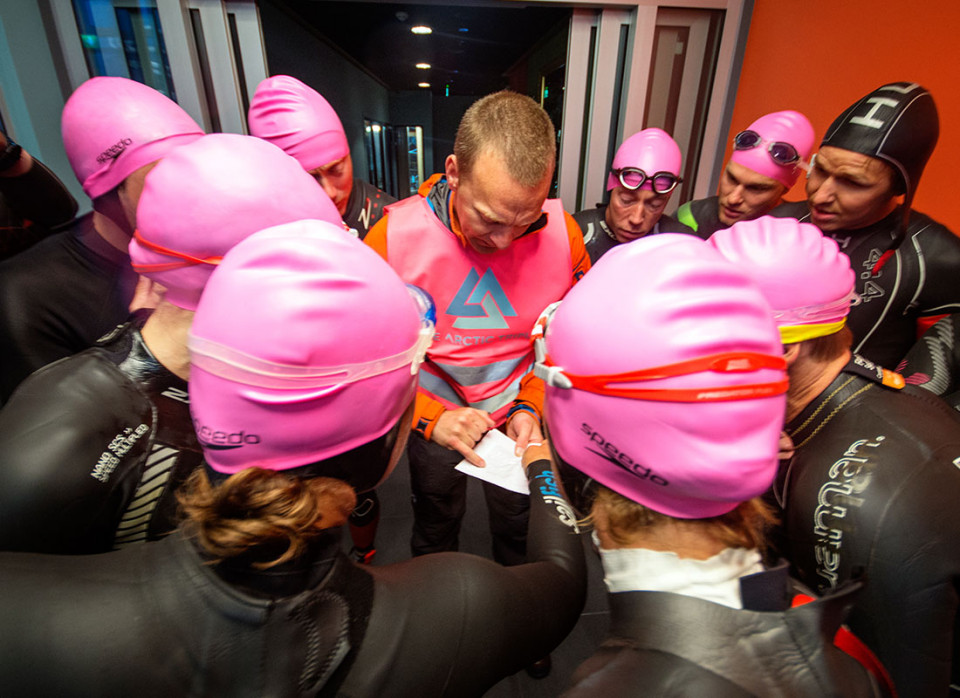 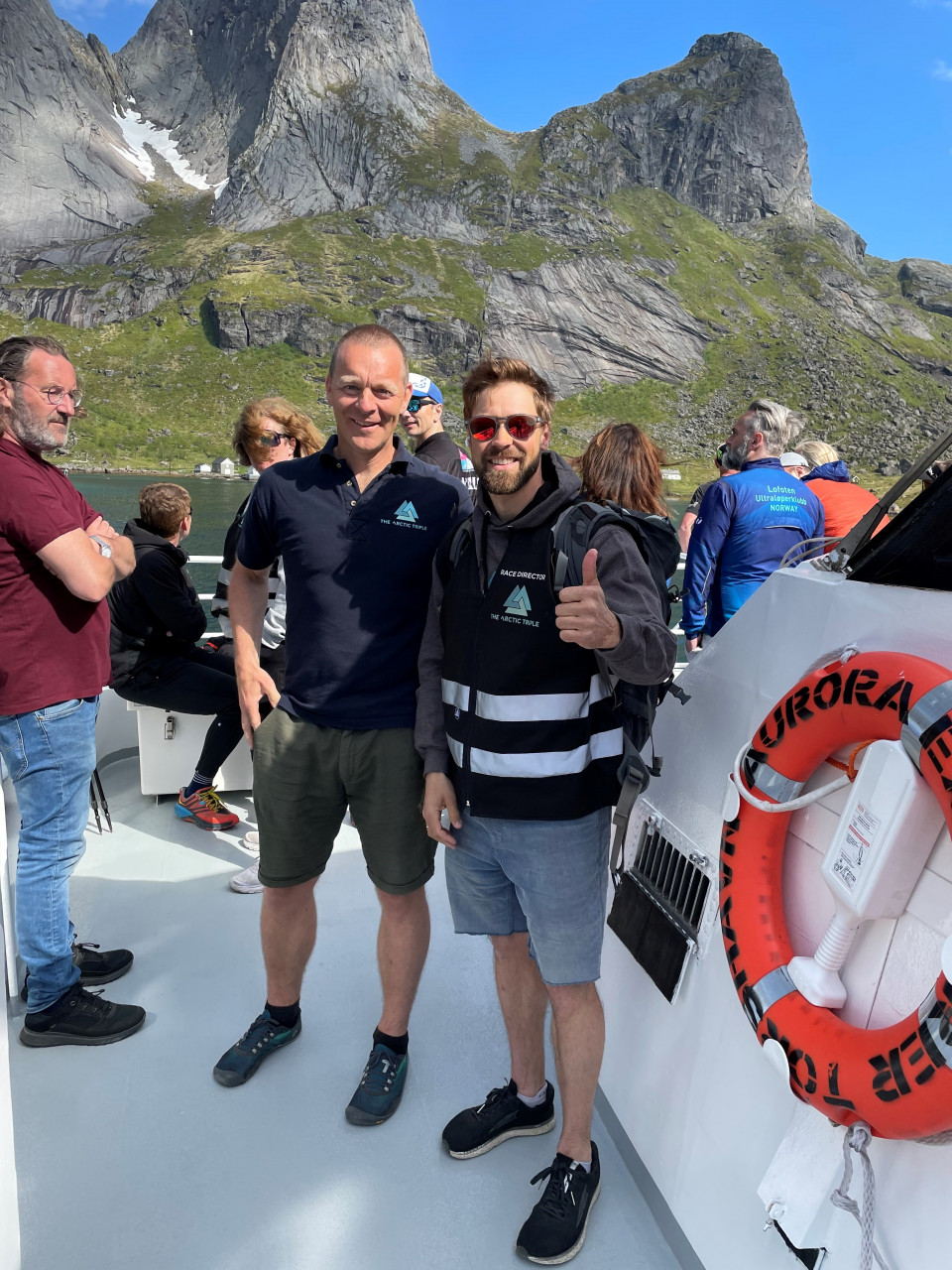 The Arctic Triple rely fully on contribution from many local companies, crew and sponsors. Their contribution is what will make sure we make fantastic races for years to come.

Frank Hagen is from Tromsø, but has lived in Lofoten for over ten years taking part in the success story of the event company XXLofoten. With his background from both the military and developing XXLofoten he has full speed ahead for the next adventure – making The Arctic Triple.

Kristian grew up in Hamar, but moved to Lofoten in 2011 and has never regret his decision. His professional background is from the travel and sports industry, and on his spare time he likes to be active in all sorts of outdoor activities. Kristian has finished Lofoten Ultra-Trail 24 km and 50 miles, Lofoten Triathlon Extreme and Lofoten Skimo 4000 before he was hired in August 2017.

“There are so many exciting, talented and highly skilled companies in Lofoten. Off course we have a lot of business within the fish industry, but there is also a continuous development in the travel industry. Our hotels and restaurants are pushing high quality! I am glad to see how many different people that have found their way to Lofoten due to their love of these islands – and combined with local resources make magic happen or open new doors that no one had thought of. There are graphic designers, film and photo services on a very high level and researchers such as the company SALT that has made a living out of sharing knowledge. I can go on and on and there is so much more ahead of us!” – Frank Hagen.

Kristian says that the best thing about The Arctic Triple is that it so much more than three races – “The Arctic Triple is a huge window of opportunity for Lofoten. The project has a environmental vison and a strong focus on taking care of the unique nature. We want to step up as a good example and take responsibility. Working with the races can also become a good work experience for many young people – maybe we have some up and coming logistic officers. Or photographers? Local companies can develop new products such as the bakery Kringla that has already made a bun for The Arctic Triple. The health benefit is also a very positive consequence. I am convinced we’ll have lot’s of ultra-runners and triathletes on all levels in a few years in Lofoten!”

WE ARE PROUD OF OUR COOL LOGO!
DEVELOPED BY SISU DESIGN LAB.
IT SYMBOLIZES: 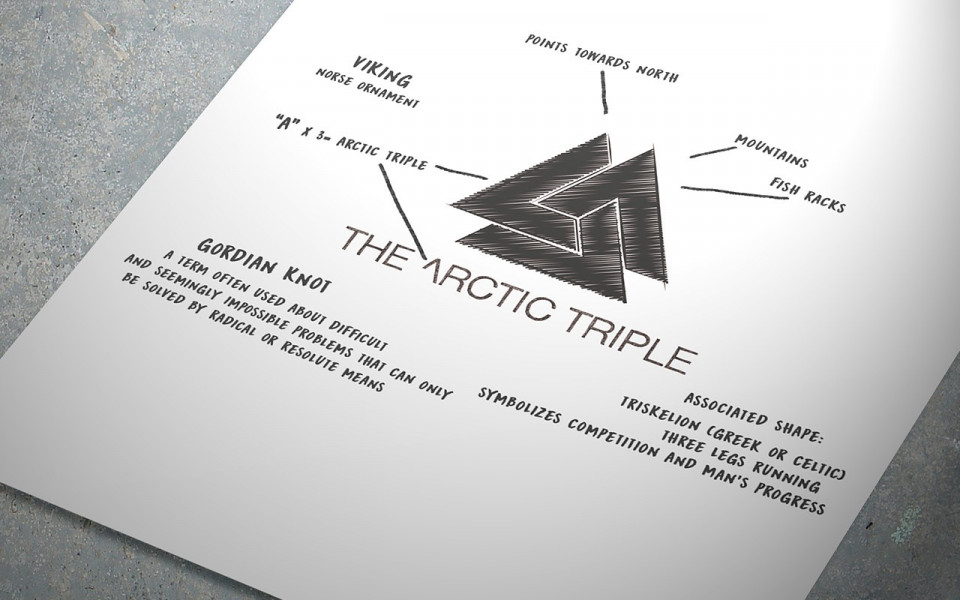 Kai-Otto Melau is a freelance photographer based in Oslo, Norway. The Arctic Triple has been lucky to have him on board from the very first test race.

In recent years, Kai-Otto has worked a lot with Extreme Sports, such as triathlon, ultratrail and various expedition races. He has also worked with various NGO´s on assignment in China – the Tibetan plateau, Burundi and Pokot/Turkana in Kenya. 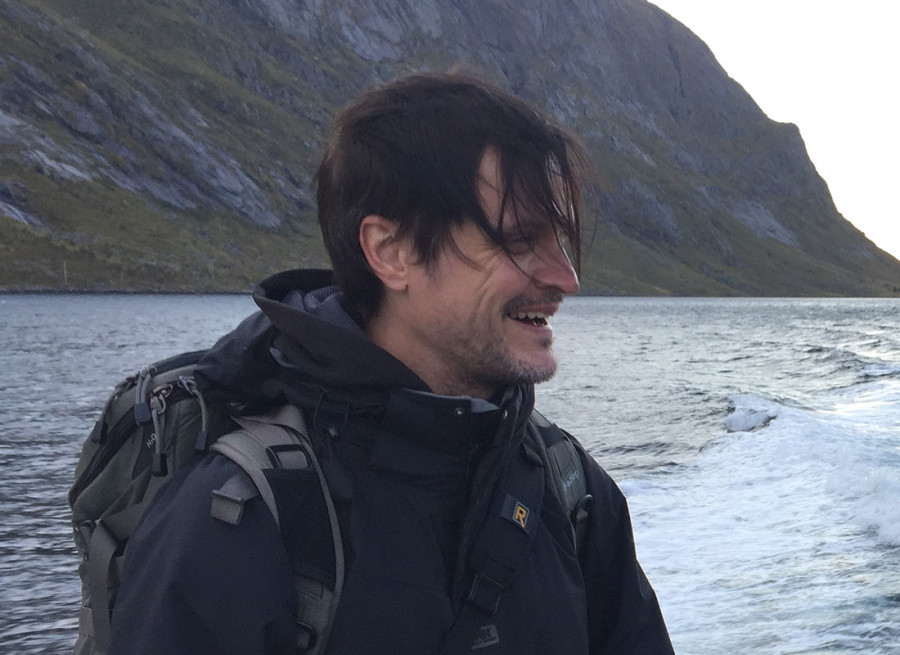 This guy is 100% Lofoten and a true adventurer! The Arctic Triple is thrilled to have Andrè on the team. He makes some very cool videos for the races and you can see many of them on youtube. Although his filming and editing is excellent this is just a hobby, but this man has some high level hobbies.. He makes submarines! Beat that! Andrè lives in Bergen, but we’re pretty sure he’ll be back in Svolvær as soon as a cool job turns up. Maybe The Arctic Triple will need him full time one day? We’d love that! Andrè has been all over the world due to his submarine and diving interest, but he claims that Lofoten is the most beautiful place on earth.

“I am honored to be part of The Arctic Triple. It’s a unique combination – I get to work with one of my greatest passions, filmmaking, and doing it together with a fantastic group of people! I dig the challenge of demanding nature and extreme races. Being on the edge isn´t as safe, but the view is better!” 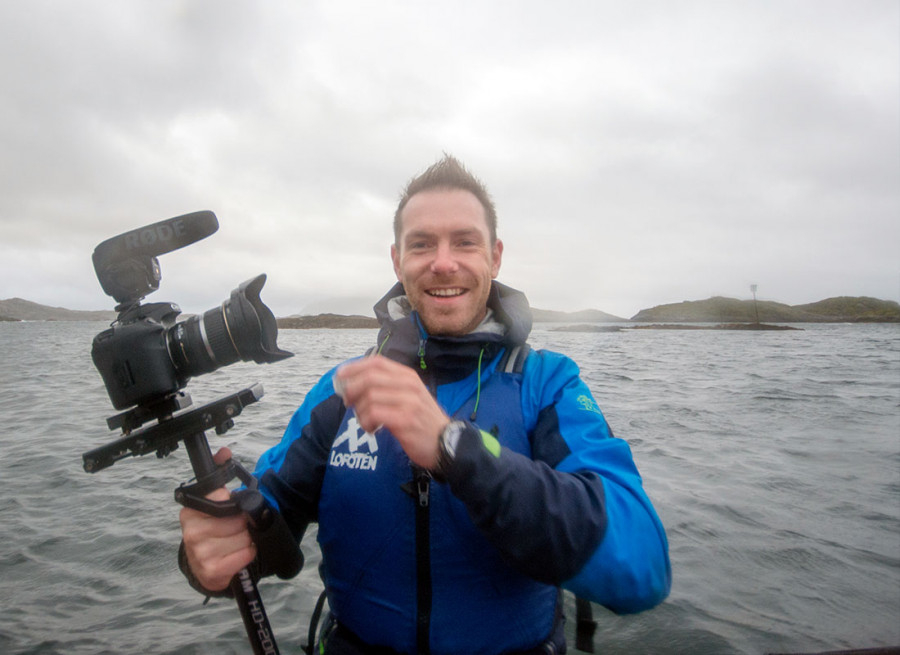 Andreas knows how to fly a drone. Case closed. Andreas and Andrè has been the perfect film team for The Arctic Triple. Andreas builds his own drones and airplanes – and it’s some pretty impressing gear he sets up when we’ve been out filming. He’s a man of few words, but he sure knows how to operate all of his flying machines. Most often heard saying “Njaaaa” – whenever we ask him about anything we’re uncertain about. Usually it’s a wind issue.. Few minutes later he’s up and running, getting amazing film shots of the athletes in action. We are truly thankful for all the time Andreas has spent working with The Arctic Triple. Not only has he spent weekends, but he’s taken time off from work to be on the team for voluntarily. We can almost not believe the luck of having such a resource available locally and look forward to all the adventures that are to come! Thank you Andreas.

“Walk up there? Njaaa… I have several drones to do that for me.” 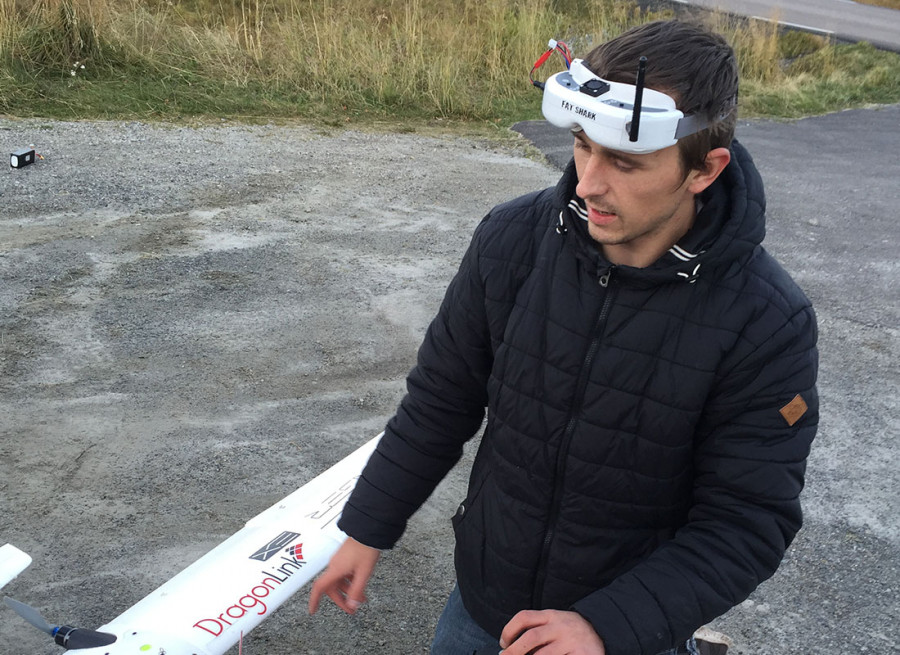 THE MAIN INFORMATION HUB FOR LOFOTEN 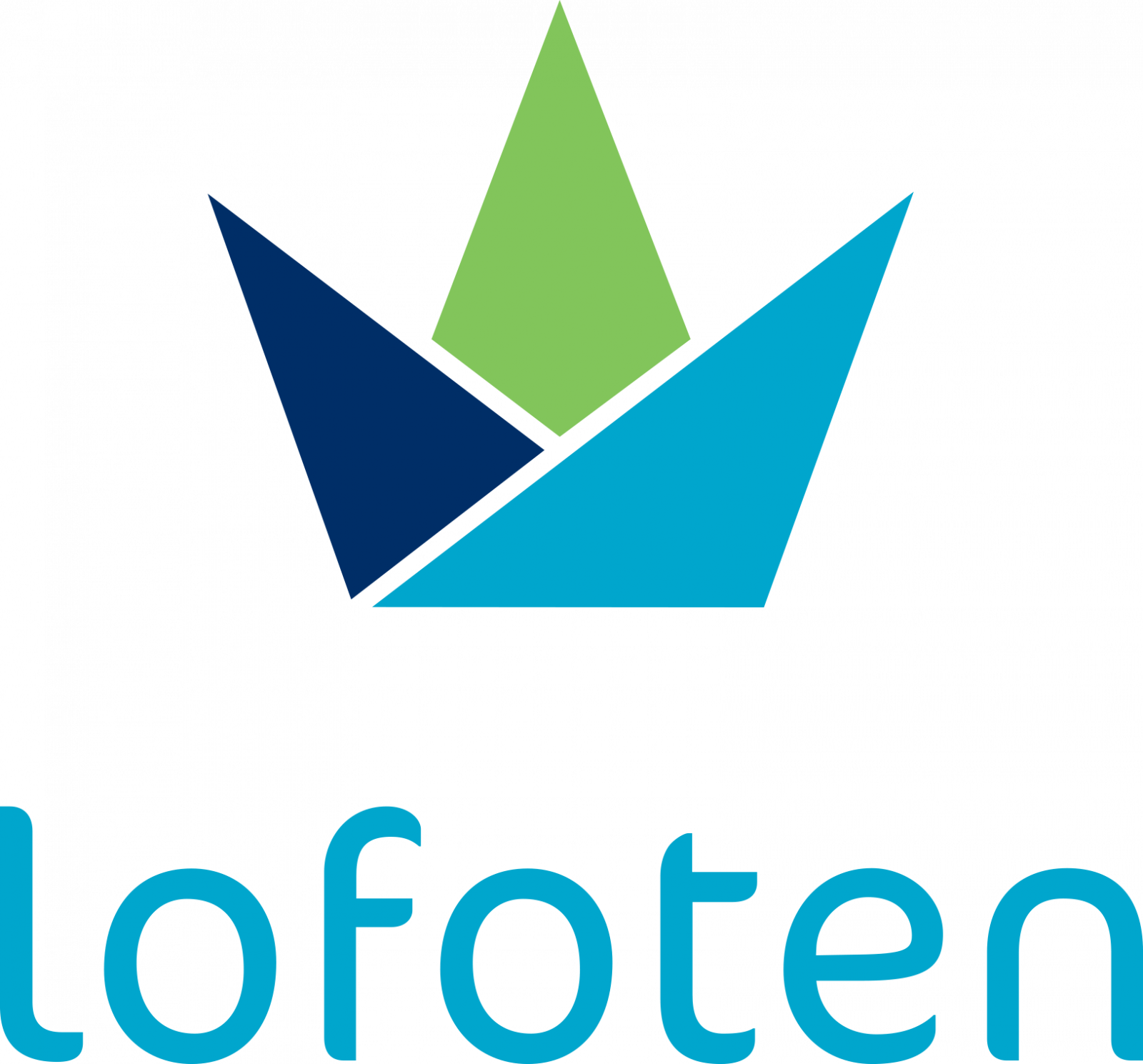